Queer hospitality: the LGBTQI+ experience in our industry 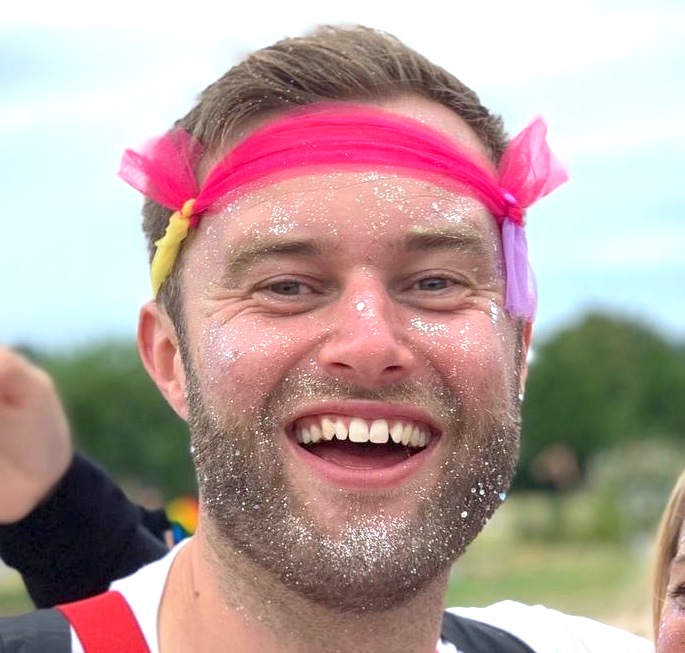 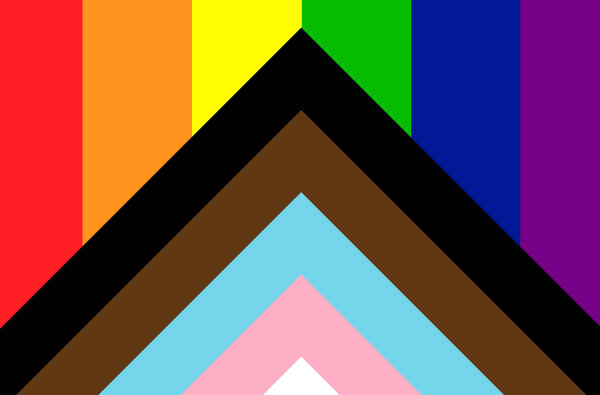 The Mews Blog  >  Queer hospitality: the LGBTQI+ experience in our industry

Some people don’t understand that Pride is still necessary. That writing posts like this are still necessary. Just as I don't know what it’s like to be discriminated against because of the color of my skin, straight people don’t really understand what it’s like to be gay. I’m very lucky. I’ve never been attacked, although I know a lot of people who have been – just for being gay. That still happens.

If you’re queer, you’re always aware that you need to be careful what you say and what you do. In most cases you cannot be yourself, unapologetically, 100% of the time. Even though I live in Amsterdam, which is a big city and very mixed city, I would think twice before I kiss my partner on the street. I would definitely not do it in my street, because I want to be able to live there quietly without getting harassed. That still happens.

Being queer in the hospitality industry

I’ve been very fortunate so far in my career. I’ve worked in hospitality for 15 years now, and my experience is that it’s always been very inclusive. I think the queer community is represented very well in hotels and hospitality in general, particularly in customer-serving roles. Of course, it’s not perfect, but compared to many other industries, we’re doing pretty well. But that doesn’t mean we should be celebrating.

It’s exactly because we’re so fortunate that we should be raising awareness for problems that still occur in the community. For example, if you look at the kitchen in a hotel, that's typically a very masculine, dominant culture. It's different than if you're working at the front office. There are still places where being LGTBQI+ isn’t as easy as it should be, which is to say: it shouldn’t ever be a problem at all.

So what can we do to be more inclusive? It’s an important question. The first step is to make everyone feel like they are welcome to enter our industry in the first place. I can imagine that, for example, if you're trans, it can be scary to apply for jobs, especially in hotels. As an industry, we need to be more open on career pages; don’t just say something generic like ‘we welcome diversity’, but really specify that ‘we welcome everyone from the LGBTQI+ community’. It’s a small, simple change, but just by calling us out specifically, we actually feel that the company actually means it, and that we’ll be safe in that company.

You can’t just assume that people know they’ll be safe – that’s not something that's normal for everybody. It doesn't speak for itself that you are safe in a certain organization. I knew Mews was a safe organization for me, because I knew Matt, our CEO, back from my internship days when I was studying. With a gay CEO, I knew it was a safe space. But if you come from an area where you don't have that security, I think it can help if a company is really out and open about being supportive and allies.

Being open about how inclusive you are as a company can make the difference for a young person who was afraid to come out, or who comes from a hostile environment. This can really make the difference for whether this person stays in their shell or comes out and lives their life to its fullest because nobody should be hiding for who they are. 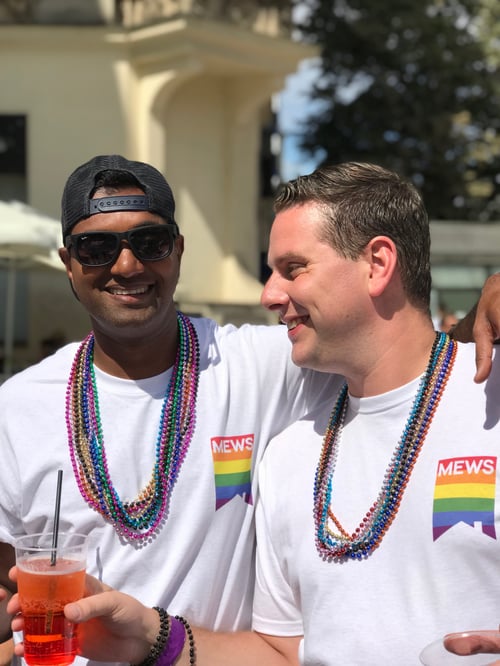 A lot has changed since I first entered our industry. There's less expectation that as a man you have to be masculine, or as a woman you have to be feminine. Nowadays, if you check into a hotel, you see guys wearing makeup as well, and that's fine. Also, I think a big part of acceptance is that hotels look at it commercially as well. Gay Prides are big events with a lot of people traveling, and they definitely want to take advantage of that. So many hotels have special Gay Pride programs to fill up their rooms, and host amazing events alongside it.

In my previous job, I worked for Marriott, and they wanted to do something around Gay Pride. When they finally gave me a budget to do something, I hired a drag queen as a host in the hotel lobby during pride week. It was this old, dusty Renaissance hotel, but with a drag queen in full-on glitter and glamor in the hallway, helping people out. It was so much fun and they’ve been doing it ever since. Actually, that was the starting point. They stepped up and now and they actually host Sunday Drag Brunches. Sometimes you just need to give a little push – and also show that it has commercial value of course, I understand that it's still a business. But things like that really, really help in terms of acceptance because you expose people to a different lifestyle. It makes people more open.

The queer community in Amsterdam is really mixed with the straight community as well. I think that's the next step in the gay emancipation fight; you need to move away from acceptance and into normalizing things. The gay area in Amsterdam is a very popular area with everybody because it's just more fun: the bars are good, the drinks are good, and the food is good. So different communities are becoming more mixed, and still with the same feeling of safety. Besides King's Day, Gay Pride is the biggest event in Amsterdam. 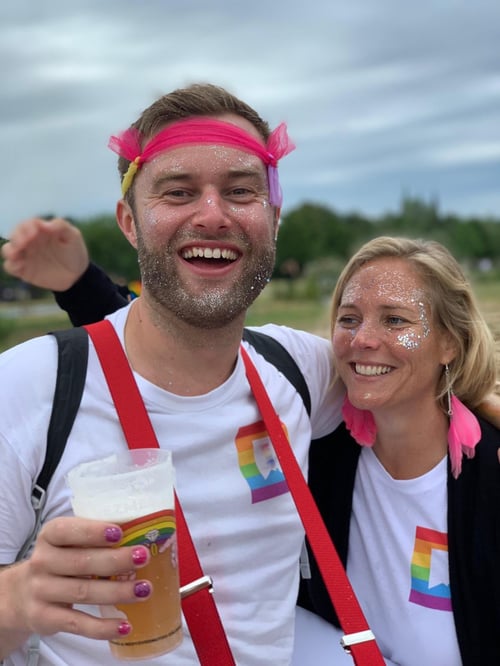 Back in 2019, Mews participated in the Pride parade in Prague. It was with a big group of people, maybe 20 or 30 of us. It wasn't just gay people, it was everybody who wanted to have a good time and show their support. For me, it was really heartwarming to see such a big representation of our company showed up to that parade, and all wearing inflatable unicorns! It was so much fun, but also it sends out such a good feeling that this company is really supportive of everything that Pride encompasses.

Mews it the most inclusive and diverse company I’ve ever worked for. Every day is a blessing to be working at such a company – and no, I’m not being paid to say this. Everybody at Mews gives the feeling that everybody is welcome, and I think that’s quite unique for a company. Even though it's what you should expect nowadays, it still feels like warm welcome every time. I'm so proud to be part of Mews. 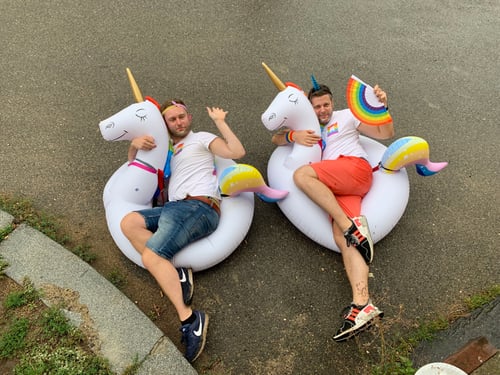 How to support our community

If you want to support the queer community, go to a gay bar! Go have fun. On a more serious note, just engage with people in conversation. We shared our previous Mews Amsterdam office with another company, and there was a trans person working there. They was always sitting by themself for lunch, so we invited them to come over for drinks and have lunch with us to create a sense of inclusivity.

We gave them the opportunity and they started to hang out with us, which shows how important it is to approach people and make them feel included. Show interest in people. Don't try to steer away  from certain topics or conversations. Gay or lesbian love is not awkward or weird or different. It's the same thing. If you want to learn more, watch programs like RuPaul's Drag Race, for example. That will teach you a ton.

You can also make donations to LGBTQI+ charities as well. I donate to an AIDS charity every month because it’s vital to keep fighting to find a cure. The community has deep scars from this disease, and it’s still a difficult topic. When I grew up and I came out as gay, I was made to be scared of having sex because if you're gay, you're going to get AIDS, you're going to die. That was the stigma. That's still a difficult topic and conversation for a lot of gays.

If you want to do something to help towards acceptance, take a look at your local community and see if there are any organizations that help out. For example, there’s a lot of homelessness amongst gay youngsters who get kicked out of the house by their families. They definitely need money to help out those kids. You can check out this list of charities that the Mews Pride community put together if you’d like to make a donation.

Mitch joined Mews as an Account Director for the Benelux region and soon moved up to Customer Success Director. Now, he's our Strategic Program Manager, bringing over a decade of hospitality experience to the table.