Ria De Temmerman is the founder of the Planet Winner Property Management System, a pioneering programmer, and one of the most engaging people you’re ever likely to meet.

Ria was one of the very first woman programmers in hospitality, and built her successful PMS completely from scratch. In 2019, Planet Winner was acquired by Mews and we were lucky enough to welcome her and the Winner team into the Mews fold and get to know her better.

We had a very enjoyable, wide-ranging chat with Ria, which starts with the beginning of her career and the struggles she faced as a woman in a male-dominated industry. In part two of the interview, we talk about the Mews acquisition, what it’s like working with her husband, and an unexpected hobby.

Can you tell us a little bit about the beginning of your career? Did you always want to be a programmer?

The only thing we knew about computers in those days was from movies, those big, thick boxes in huge rooms. But I thought to myself, it’s only a two year course (it was only a BA in those days, you couldn’t do a Masters) so I can do that and then get married to my boyfriend. 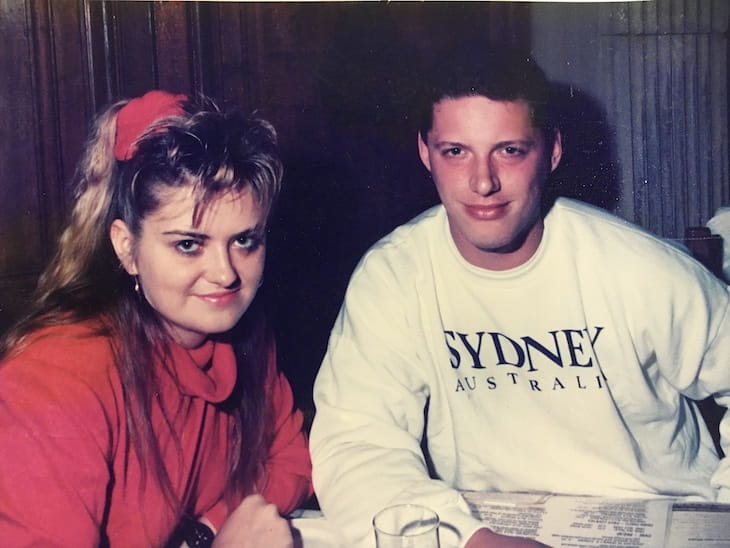 The first year was weird because you're supposed to learn how to work with computers, but we didn’t have personal computers in the classrooms. There was just the mainframe somewhere and we had these punch cards – really simple holes in cards – that we had to punch and give to the secretary who would put it in the mainframe. Then we had a printout of our computer program. This was really weird.

In the second year, we got five IBM PCs for around 300 people. That was funny. So I never really worked on a computer. We had to do a thesis, and they said to me, "We have this hotel chain, Holiday Inn, and the accountant there wants a program to do stock control. Do you want to do that?" I said, "Okay, let's do it." I didn't know what I was doing, but at the end of the year, I had this small computer program and he actually used it. Incredible.

Is that how you got your first job at Holiday Inn?

Holiday Inn headquarters gave me a call and they said they were looking for a junior programmer for their team. Actually, I said I wasn’t interested because I didn’t know whether I wanted to become a computer programmer. I really didn't like it.

Then my mother heard about it and she said, "You are going to take that job!" I said, "No, I'm not." She said, "Yes you are." So I took the job. I started to work for Holiday Inn as a Junior Programmer. It was at the Holiday Inn headquarters in Brussels, which was in the hotel, so that was fun because if you worked late, you just got room service – and you had the bar of course.

My boss from then is my friend now, but in those days he wasn’t. He thought that a woman and a computer together was not a good idea. The only thing I did in those first months was label floppy disks. I had to do that for six months. I was so tired of it. Then I went to the big boss and I said, "You're not paying me to put labels on floppy disks, I want to develop."

Then it started. They saw that I was not stupid and then we started to build the in-house system, PMS system, for Holiday Inn, which I worked on for eight years. That was the beginning of my career.

What was it like being a woman in a male-dominated industry? Did it put you off?

When I did my studies, about half of the classroom were women – but not a lot of them succeeded after two years. I must say since the beginning I was always the only woman when I took courses. There are women programmers now as well, of course, but they usually do more design work; I don't know why.

It's funny because I’ve now worked with Planet Winner for almost 25 years, and we never had one job interview with a female programmer. They are not there. People always ask me, "Why don't you have women on your team? Is it because you think they're going to get pregnant?" No, it’s just that they just don't appear for job interviews. It's really a man's world.

I used to sit in the same office as Dirk (my husband and CEO of Planet Winner), and when we had job interviews, it was always the same. They came into the office, they looked at Dirk, they looked at me, and they thought I was a secretary. I’m the one who started the company, but they didn't know that.

So I said to Dirk, "If you’re talking to them, at a certain point you have to tell them that I'm really the boss of this company." Even then, they were still ignoring me, like they didn’t believe it.

Did that intimidate you in any way?

No, I'm not a person who gets intimidated, but it's still strange. I don't understand it because women are intelligent. Women can multitask, women can also think more logically. I don't know why there aren’t more women programmers. It was like that in ‘82, and it's still the same now. It's very strange.

How did you go from working at Holiday Inn to developing the Planet Winner software?

It was in July ‘94, and I was pregnant. In the 90s, Holiday Inn was taken over, and after that happened a big, fat American guy just came to my door and said, "You have to leave, I’m going to make you redundant." I looked at him and said "Are you kidding? I worked so hard for this company."

He said they didn’t need me anymore and when I asked why he said, "You’re married to Dirk Leyson." I said, "Well, that's none of your business," but he told me the company policy is that people cannot get married. We had already been living together for three years! I even invited lots of the leadership team to the wedding. It was just an excuse because they had a cash flow problem.

That was really a shock. I still wonder why they made me redundant and not Dirk – probably because it was the woman who had to go.

What happened after you were made redundant?

I cried for a week. I really cried. Then it was Dirk who said to me: "You have a big mouth. You have a lot of brains. Why don't you write your own PMS?" I would never have done that without him.

I thought I’d try it for two years, because they had to pay me redundancy. So I started to write a program which I thought would be installed in small hotels. Then, two years later, I got this phone call from a guy I worked with at Holiday Inn. He said that he’d heard I was writing a PMS and he wanted me to install it in two of the franchise Holiday Inns he was opening.

Dirk said to me: "You have a big mouth. You have a lot of brains. Why don't you write your own PMS?" I would never have done that without him.

Have there been any more surprises along the way?

Another very personal moment when I couldn’t believe what was happening was July last year. I was under a lot of stress those months and I had this long red hair. It was like my trademark, the red-headed woman. Everybody knew me like that. Then suddenly, in one week's time, I just lost all my hair. It was six days.

I still don't understand why it happened. The funny thing about it is, when I lost my hair I immediately thought: okay, it hurts, but it's only hair. But when I started to lose my eyebrows and my eyelashes that was even more painful because then it's not your face anymore. That was really weird.

But that’s life. I'm still a very happy woman. I still think life is beautiful with or without hair.

Read part two of our interview with Ria here.